L Kirby and his friends

Shadow L Kirby is coloured mostly the same as L Kirby except he's darker, the initials on the cap are flipped, the circle on the cap is black instead of white, has dark red eyes with orange shine to them.

Unlike LK,Shadow L Kirby is arrogant, harsh, rude, protective and has the casual villain traits.

Shadow L Kirby is the manifestation of LK's negative energy, the more negative thoughts LK has built up in his mind, when Shadow L Kirby comes back he'll be smarter and stronger... However he used to live inside L Kirby's body under a different identity... Killer Instinct, however the two split into two during a fight for control and Shadow L Kirby came to be. 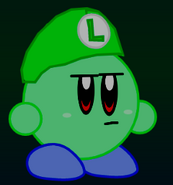 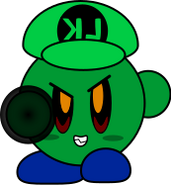 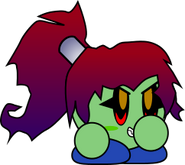