Laserglow is mostly pink, with short, pink hair and a Meta Runner arm.

She tries to be as nice to everyone as she can, and has a reputation of being cheerful. However, if the lives of one of her loved ones or family members are in danger, she is known to get pretty angry, even fiercely attacking whoever is causing it.

A side not shown very often is the fact that she's clingy... and even slightly paranoid. This might have something to do with a past of being bullied and teased.

Laserglow grew up in a slightly large family, but was separated when she was young. She had a talent for gaming, but spent most of her time training, as she previously had the Bell ability. After much consideration, however, she decided to attend a gaming school in Silicia City when she was around 13, and around the time she met Roadrash.

She had a hard time letting go of her Copy Ability, because she was the only person she knew with one, but caved in at 15 and became a Meta Runner.

She doesn't have any sort of powers, but she excels in melee combat. 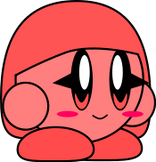 Her previous appearance, which was used before she became a Meta Runner. It was made by RubiksDude95. 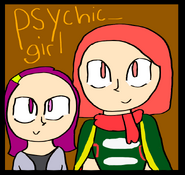 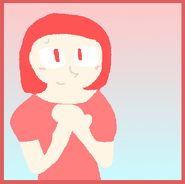 An older profile picture made by Psychic. 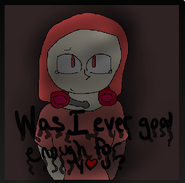 Another older profile picture made by Psychic, and it was a vent. The words have nothing to do with lore.
Community content is available under CC-BY-SA unless otherwise noted.
Advertisement